You must submit a Building Use Request form for all activities taking place after school hours. If you have any questions, contact Cindy Maltais at cmaltais@orange-ed.org .

Solar was installed at Race Brook, Turkey Hill and Peck Place in 2016.

Districts' contracted bus services had new 2 way radios installed along with 4 new base stations at each school in 2016.

School security system was installed with state of the art technology. All of above work was completed in 2014.

2016 new LEDs lights where installed in interior and exterior thru the UI 0% financing.

Turkey Hill School was originally constructed in 1964. A 7,500 square foot addition was completed in 1989. The building's internal area spans a total of 54,124 square feet. In 2005, the building received a partial roof replacement over the cafeteria and gymnasium areas.

School security was installed with state of the art technology.

2016 new LEDs where installed in the interior and exterior thru the UI 0% incentive program.

The Peck Place School was originally constructed in 1968. In 2006, school construction was completed on an 8,000 square foot addition, bringing the building's total square footage to 60,576.

January 2014 Peck experienced 2 major water breaks during the so called Polar Vortex. The damage was caused by the original construction of domestic water pipes on exterior walls. The damage was extensive and forced relocating Peck to Yale campus. The school was completely redone with new floors, ceilings, lighting, carpets, painting, gym floor new heating vents and fully a/c classrooms and new ADA compliant classroom cabinetry was installed.Total cost of project 1.9 million dollars. Peck was ready to go for the start of the new year in September 2014.

Bond monies spent out of the 2013 fund of 8 million was for Security with state of the art technology. New EPDM roof replacing original roof. New paved parking and drop off area.

Mary L. Tracy School was completely renovated in 1989. With a total of 49,550 square feet, this building serves as both school as well as Central Office. During the summer of 2005, construction was completed on a full roof replacement.

In 2014 again through the towns 8 million dollar bond MLT had a complete make over on the exterior trim replacement and painting.

Security system installed again with state of the art technology

2016 through the UI 0% incentive, all the interior classrooms and board offices have LED lighting, this also includes the exterior lighting. 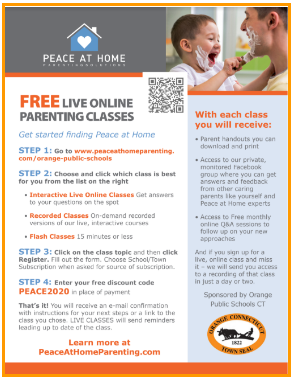